Award-winning social researcher Mark McCrindle (BSc Psychology, MA) has an international following and is recognised as a leader in tracking emerging issues and researching social trends. An engaging public speaker attributed with naming the next generation Generation Alpha, Mark regularly appears across many television networks and other media and is an influential thought leader, TEDx speaker and principal of McCrindle Research. This advisory, communications and research company counts among its clients more than 100 of Australia's largest companies and leading international brands.

Mark's highly valued research and reports, presented through infographics, data visualisations, videos, media input, resources, and blogs, have enhanced his reputation as an expert demographer, futurist and social commentator. He is an in-demand communicator with governance experience, sitting on five boards spanning the education and not-for-profit sectors.

Along with co-authoring Work Wellbeing, Mark is the author of three books on emerging trends and social change: The ABC of XYZ: Understanding the Global Generations, Word Up: A Lexicon and Guide to Communication in the 21st Century and The Power of Good. He and his wife Ruth have five children spanning the Generation Z and Generation Alpha age groups. 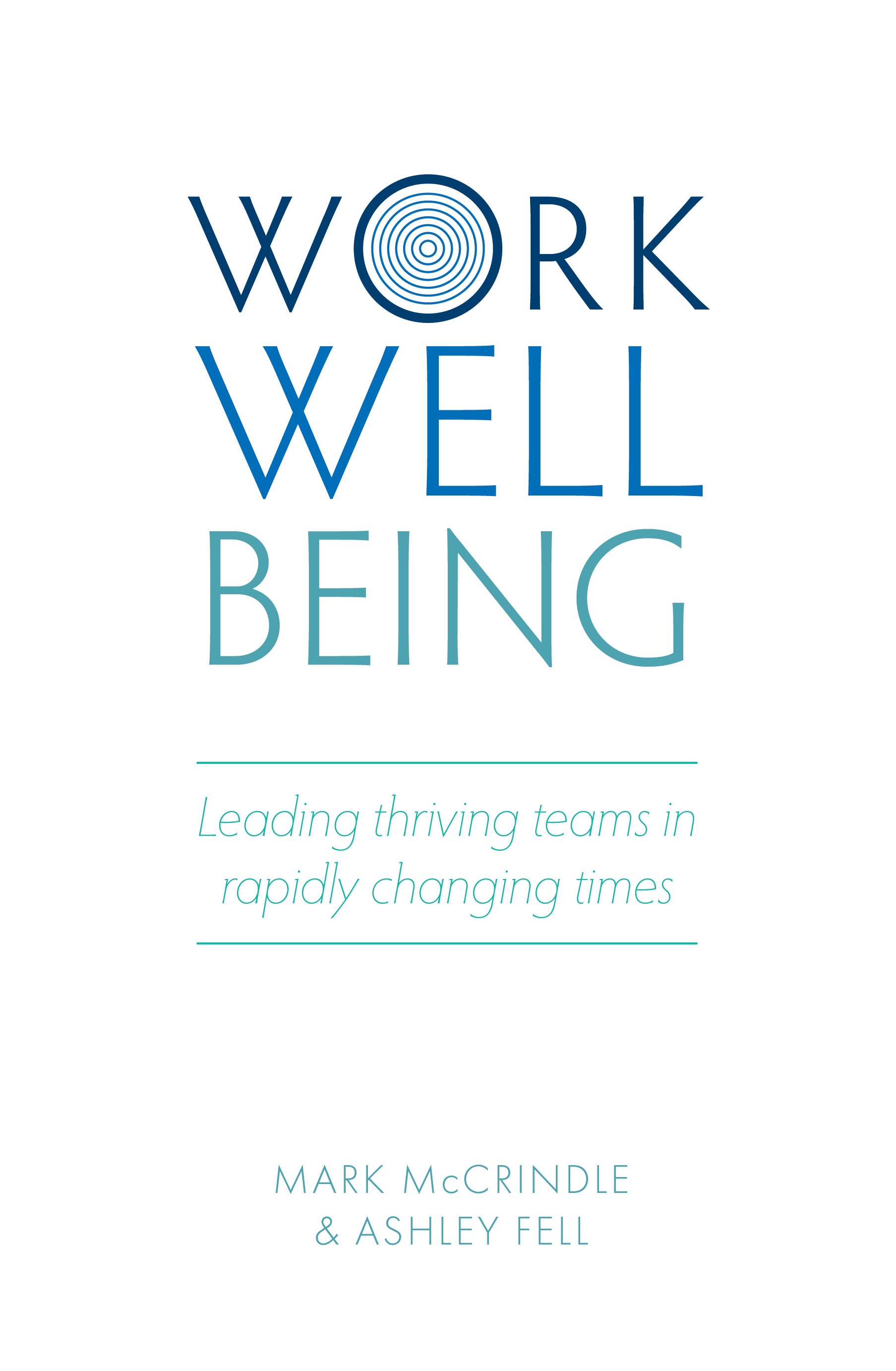